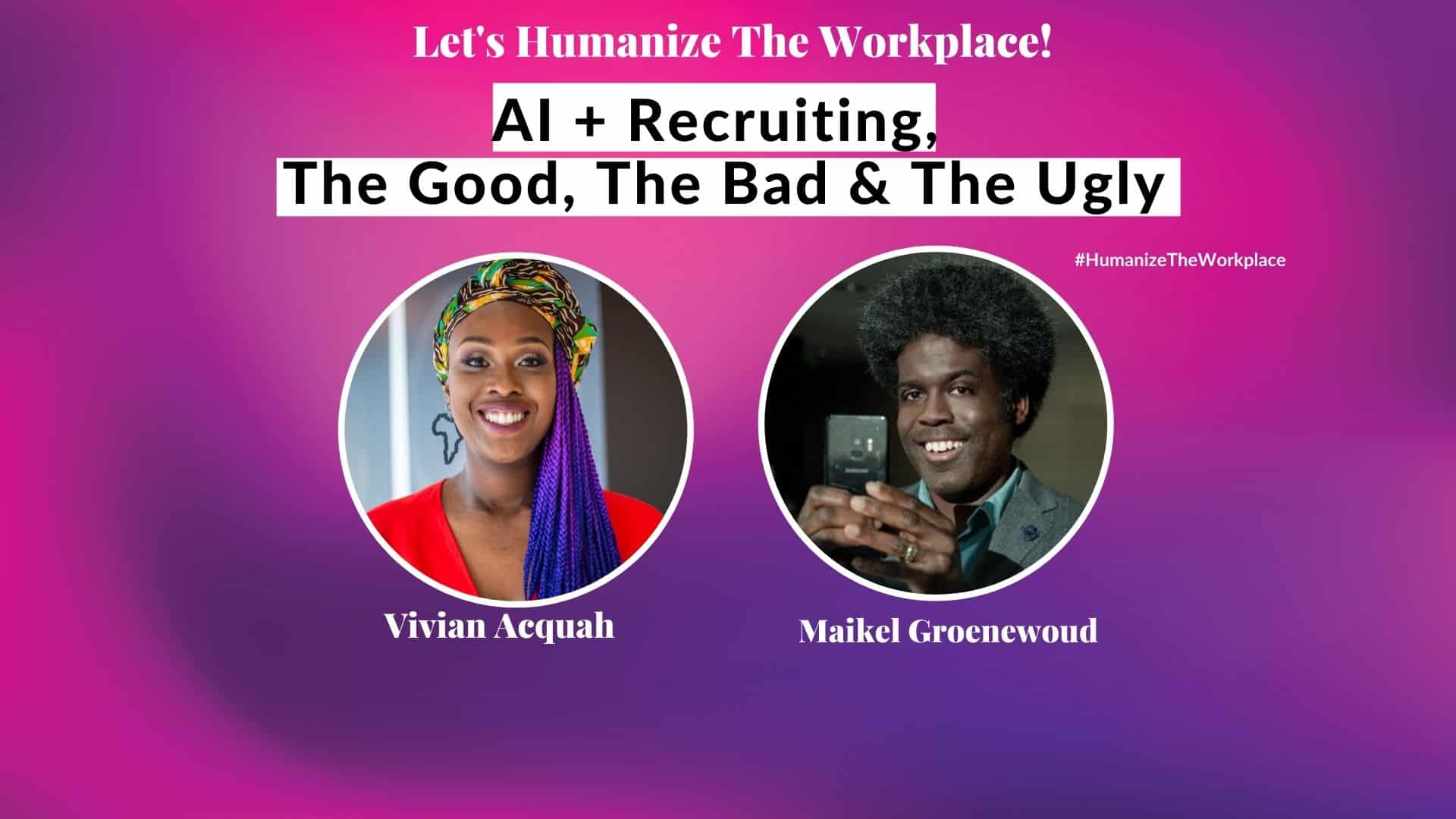 AI + Recruiting, The Good, The Bad & The Ugly With Maikel Groenewoud

Artificial intelligence is related to intelligence demonstrated by machines. It is opposite from the natural intelligence displayed by humans and animals, which involves consciousness and emotionality. AI has a close relation with recruiting. In recent years in companies and education, the focus is less on courses like management and organization and organizational psychology. Focus on the technical side has increased. But that also means that you lose sight of all the important things because you have to deal with humans at the end of the day. So you also need to be skillful in that area as well and be sensitive to what works for people.

This is an audio version episode of Let’s Humanize The Workplace, hosted by the inclusive workplace wellness advocate Vivian Acquah. She introduces a very inspiring and amazing guest speaker Maikel Groenewoud, manager at EY consulting. He focuses on managing data science and AI projects. Furthermore, Maikel is a true advocate for fostering belonging through inclusive and values-driven leadership.

Connection with Humanizing a Virtual Workplace

When Vivian, the host, asks Maikel about his definition of humanizing the virtual workplace, he says that when he thinks about humanizing a virtual workplace, he wants characteristics such as empathy, listening, thinking, and being supportive. These characteristics have remained undervalued in those places. The business will focus on stuff like the ego, on winning, on the self, making lots of money at all costs. He also adds that: “I think those are characteristics that traditionally are not necessarily that valued in the business world.”

And he also shows the importance of them by connecting them with crisis and said that these characteristics would be very helpful in getting through a crisis. He further strengthened his views by saying that: “how much it has been male-dominated the workplace, specifically white male-dominated, and as you focus on certain characteristics, these are the ones that are then left out of the discussion and equations as well.”

Values-driven means how do you feel that you should be behaving? How should you be treating people based on your values? In the same way, inclusive means a way to as a manager, or as a project leader, or whatever, to also try to include all different kinds of people and all different backgrounds, or the mindset, you need to be open, flexible, and to deal with all those variations that you might see in people.

Being inclusive is essential when you do not want to push people out of the company or whatever situation. So you need to be open to it so that everyone can feel like they belong. You must focus on diversity and inclusion. Vivian adds to it and says that “diversity drives innovation, especially for the company that wants to be more innovative. It is the key element in innovation.”

Artificial Intelligence can provide a more standardized, more transparent, and more methodical process for evaluating candidates. It potentially allows you to be more objective when evaluating your candidates and really brings to light areas where you are not objective. Maikel says in this context that: “When I look at AI, in a recruiting context, it provides a mirror essentially, of how people have historically judged or evaluated candidates because essentially, the current generation of AI just learns from the data that is presented.”

Ethical use of AI and recruiting

If you as a leader just train the system based on old data without any thought to it and without any supervision, that is something for leaders to be mindful of, the ethical side. And the other thing is that when you use technology like this, it can standardize things and be more methodical. But at the same time, you do not want to reduce people to just numbers or data points.

Maikel says that: “There’s always a story behind the data. Regardless of the outcomes of the system, there’s still like a human behind it. This provides you maybe a snapshot or some input about the person, but that does not necessarily have to mean the whole, to be the whole story. I think those are things that will be important for us to keep in mind when using the technology in this context, specifically the ethical things that you need to consider.”

Choosing the right tool or software to prevent bias from amplifying Diversity, Equity & Inclusion within the company

AI learns from data that comes from humans, so bias is basically learned from humans. Moreover, AI isn’t going to supervise itself. When people try to point to bias in AI, it’s a deflection tactic. And even if you find bias in AI, it is actually easier to make bias transparent in AI. But it has to do with one’s own intentions and mindset. Because bias is not necessarily a bad thing when you are transparent, if you are aware that it is a bias and it is documented, then you can use this technology maybe in specific situations only. Maikel says:“If I make a recruiting tool, and it’s based on people from the Netherlands, only, then maybe it only works well for people in the Netherlands. And when I would try to apply it in other countries, maybe it doesn’t work that well.”

Maikel says: “we do it in recruiting, to democracy, where does someone get a job? And maybe when you are judging loan applications, for instance, because you also like historically, also have inequity there that certain people would get a loan more easily than other people. Like maybe you would say, I don’t want to build a system. There is discrimination between people as well. So I do not want to discriminate between men and women and not to discriminate between white and black people or others.”

How to use AI positively?

The reality is that bias in AI is not the root issue. The actual issue is the bias of humans and their behavior and the ways they treat each other. Furthermore, the way communication is handled in any specific situation is also one of the serious issues. AI is just a tool. It has many potential applications, but it depends on the people behind it to care how the technology is used.

Maikel says in this regard: “And that is it, people need to have like, a willingness also to like, acknowledge their own harmful behaviors, and their harmful effects on other people. And there should also be a willingness to acknowledge and commit to doing the work to try to better your own behaviors. But it will take time. “

Many people are not ready yet to embrace, to amplify diversity, equity, and inclusion. But at the same time, one should be realistic about the world where we live in.

Technology is not the problem; it is humans

When Vivian asks Maikel about his wish for 2025 about humanizing the workplace and AI in recruiting, he replies,

“my wish, of course, I would wish that there would be more room, in the workplaces, for all sorts of other values, like I talked about, like empathy and being supportive.

And just like, not only have to focus on just on the self, and not make as much money as possible, you’re not dealing with numbers. So that would be my wish. But realistically, like, I’ve been around for such a long time, and like, as I study history, I do not see it actually happening in just a few years. So it will take way longer. And yeah, my wish for AI and recruiting. Yeah, I don’t necessarily have a wish either way.

Host: Vivian Acquah
As a Workplace Wellness Advocate & Amplify DEI consultant, Vivian advises managers on how to keep their team members healthy, happy, and safe by using a holistic approach called workplace wellness. She is also the digital strategist for this live stream production.

This live stream will be broadcasted via LinkedIn, Facebook, Youtube & Twitter/Periscope simultaneously. Involve your audience by using live streams! Would you like to know more?
Feel free to send a 📧 via LinkedIn or [email protected] 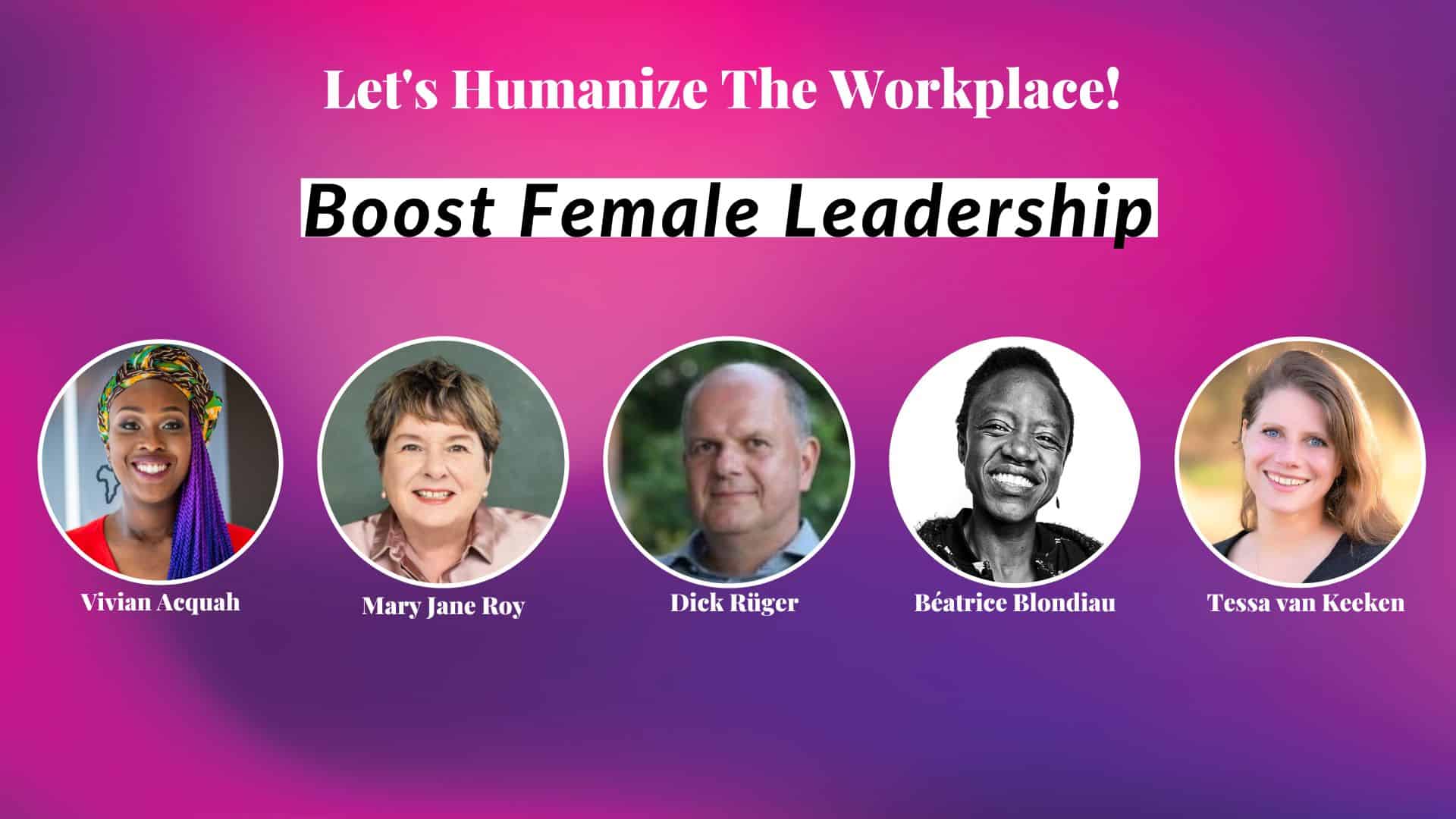 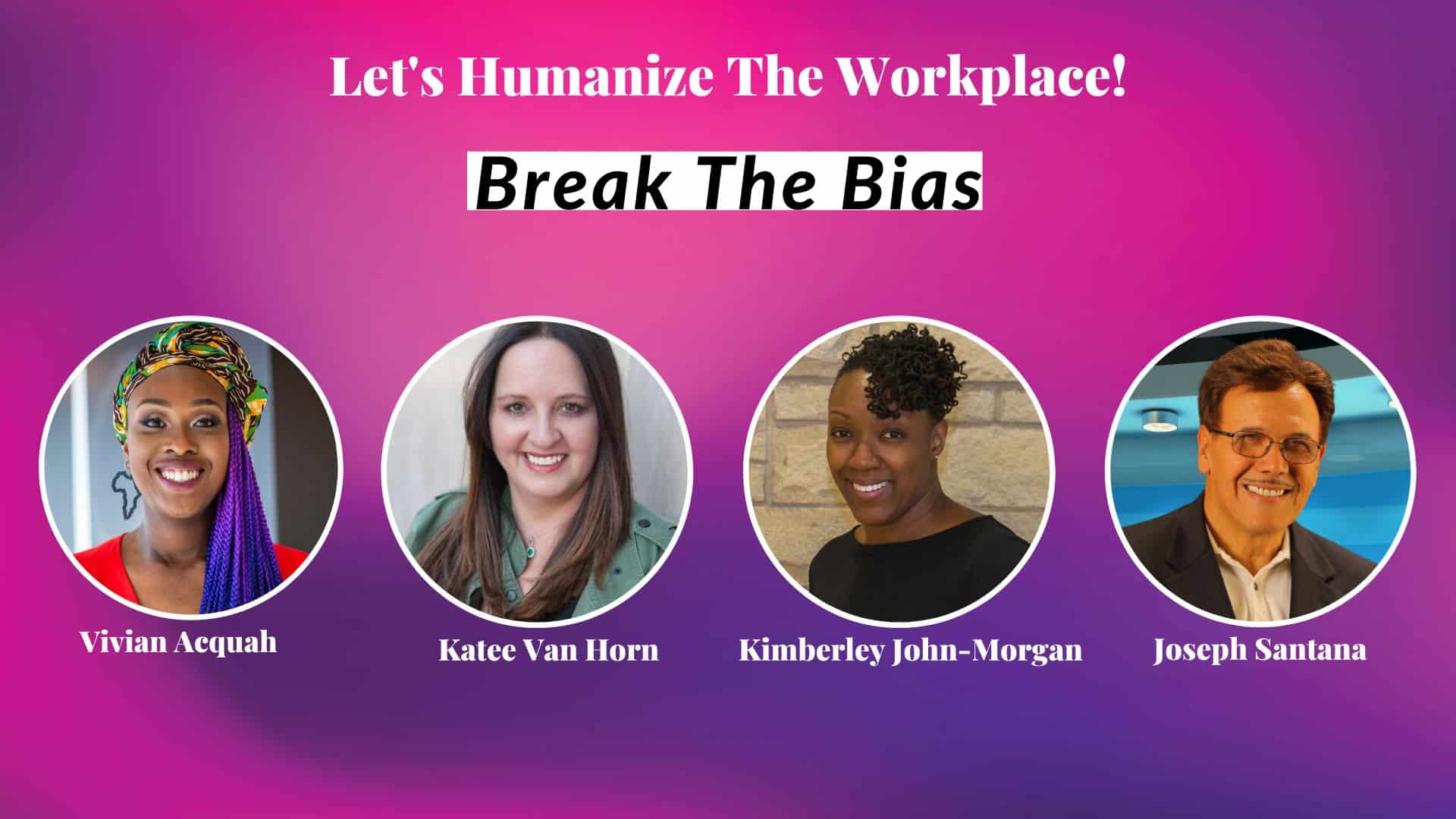 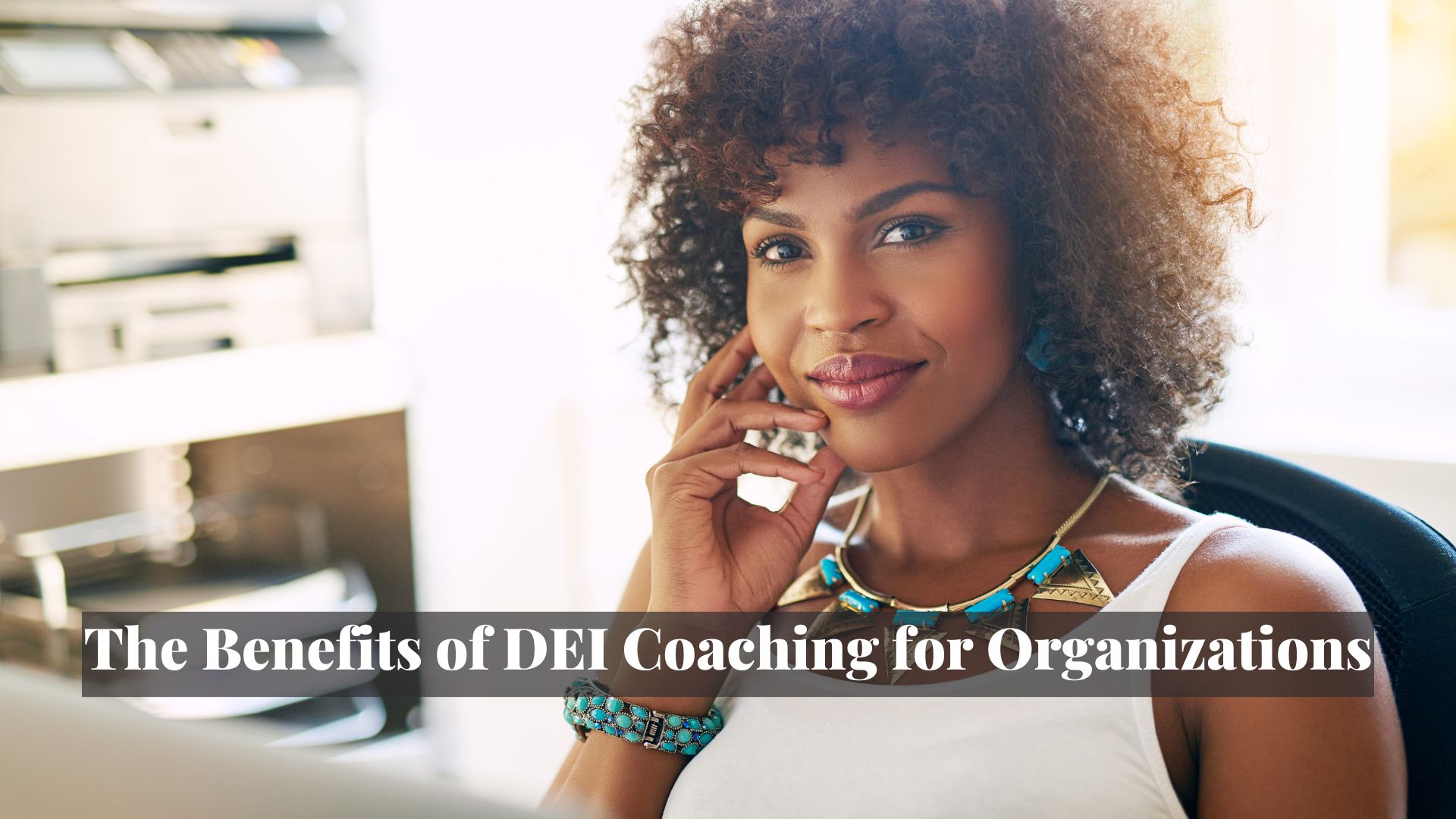 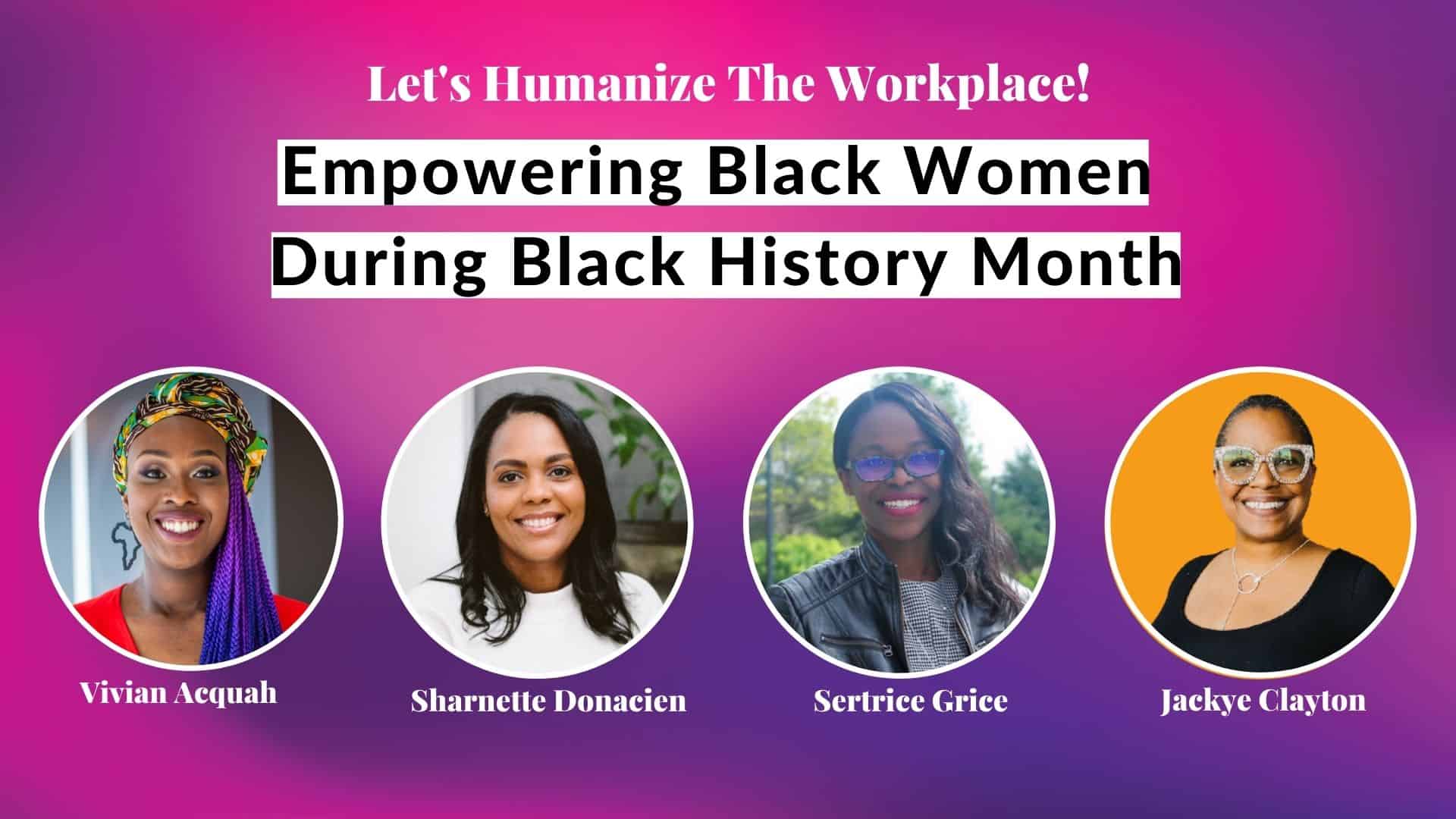 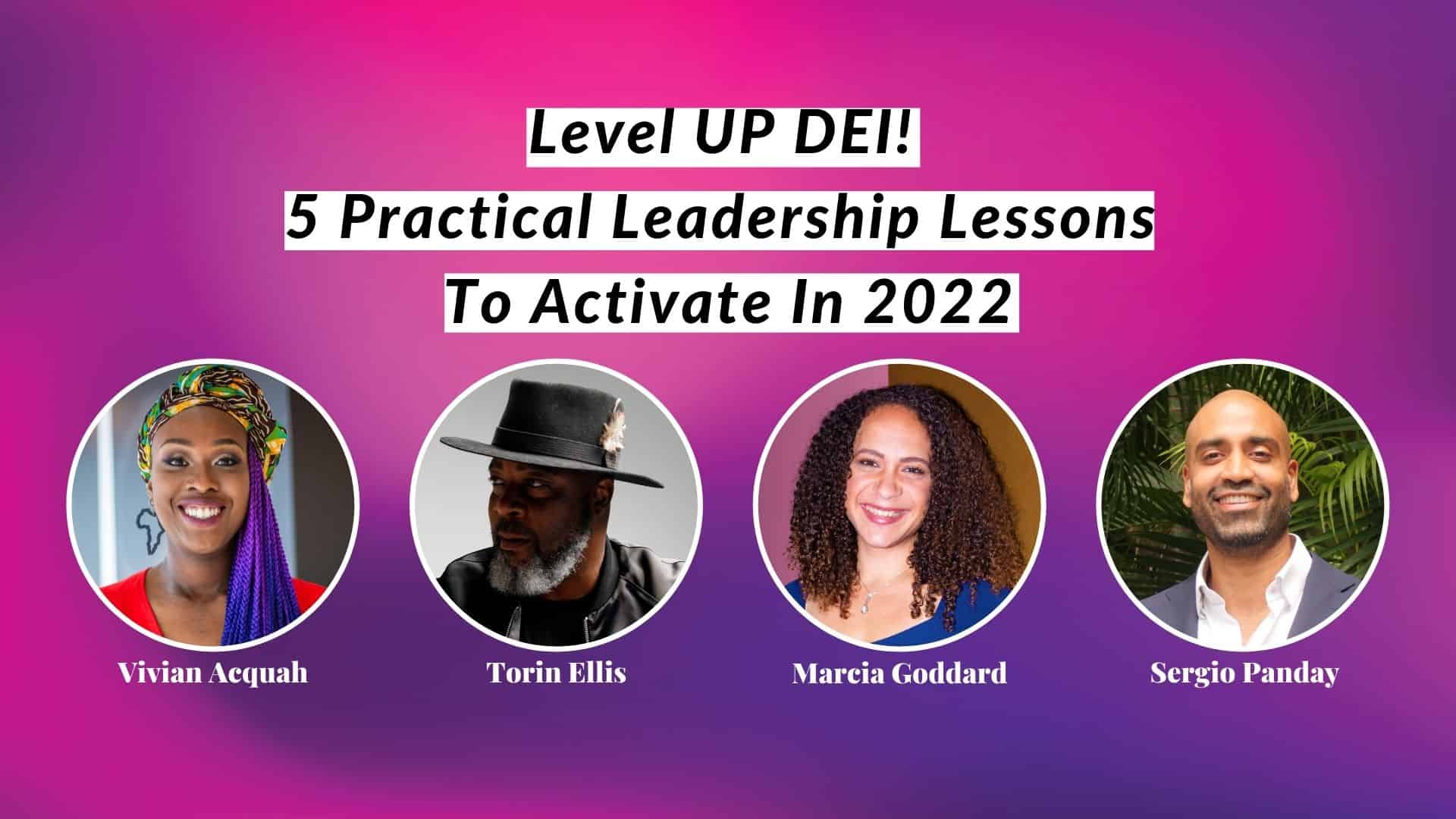 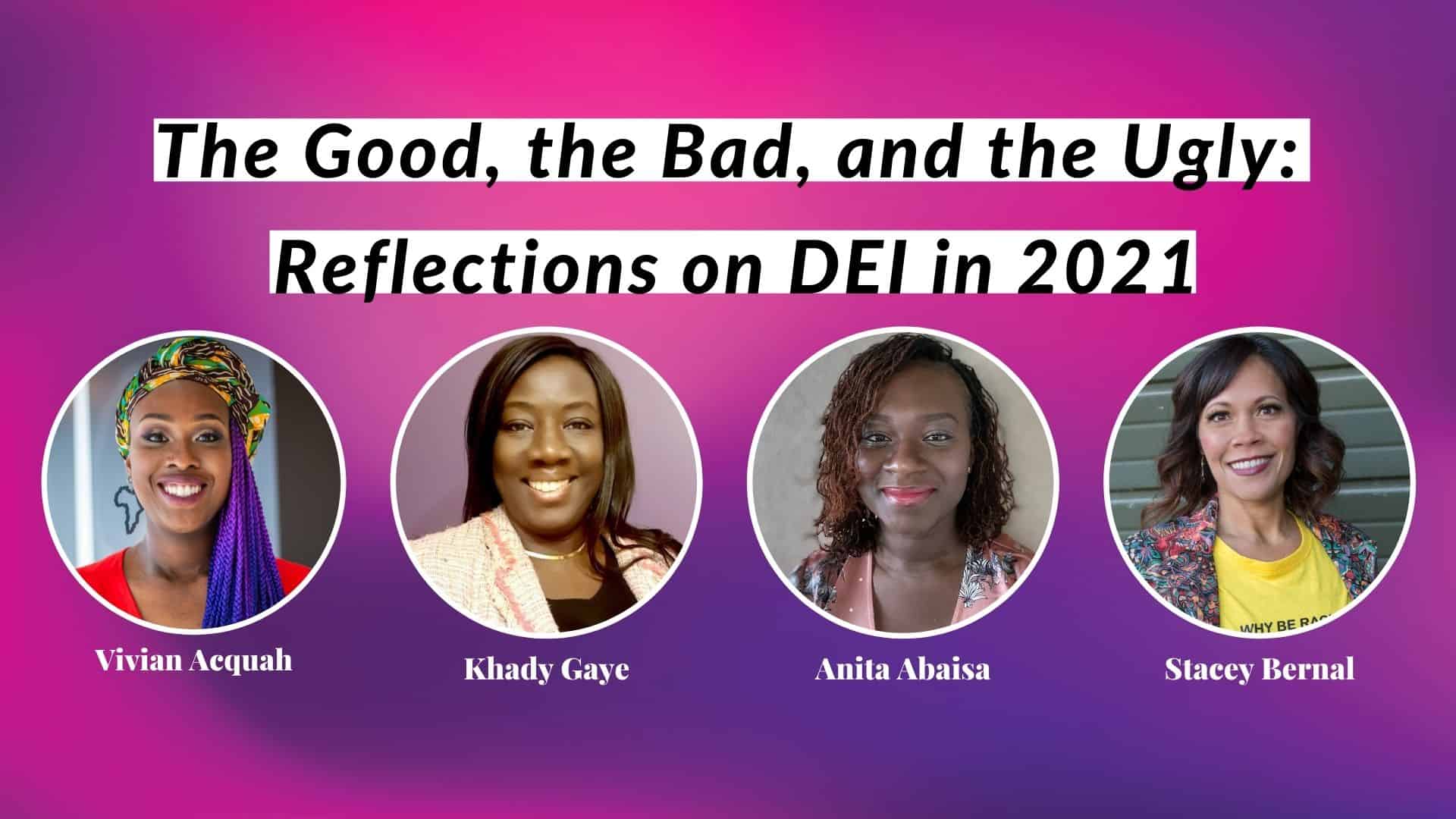 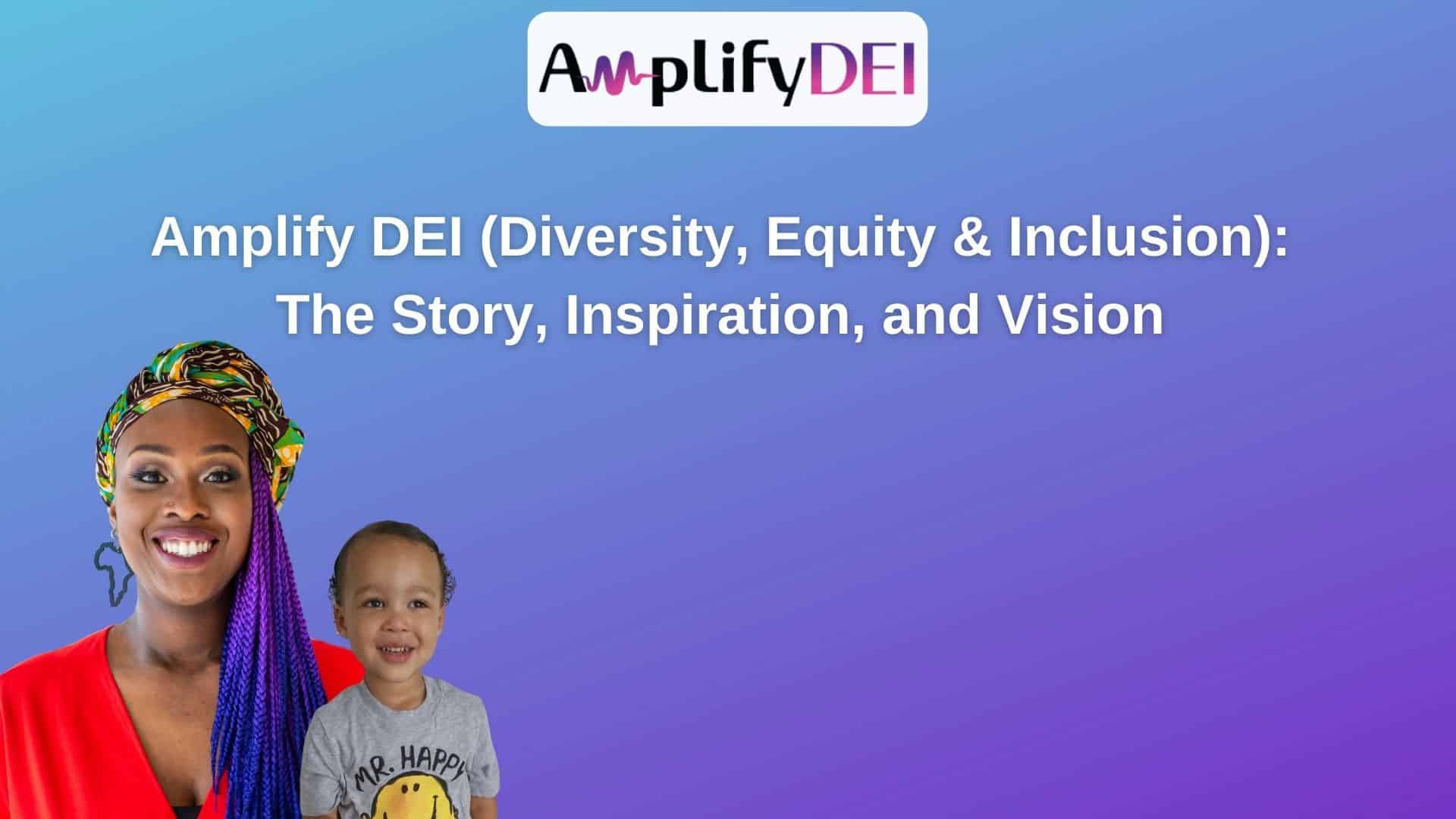 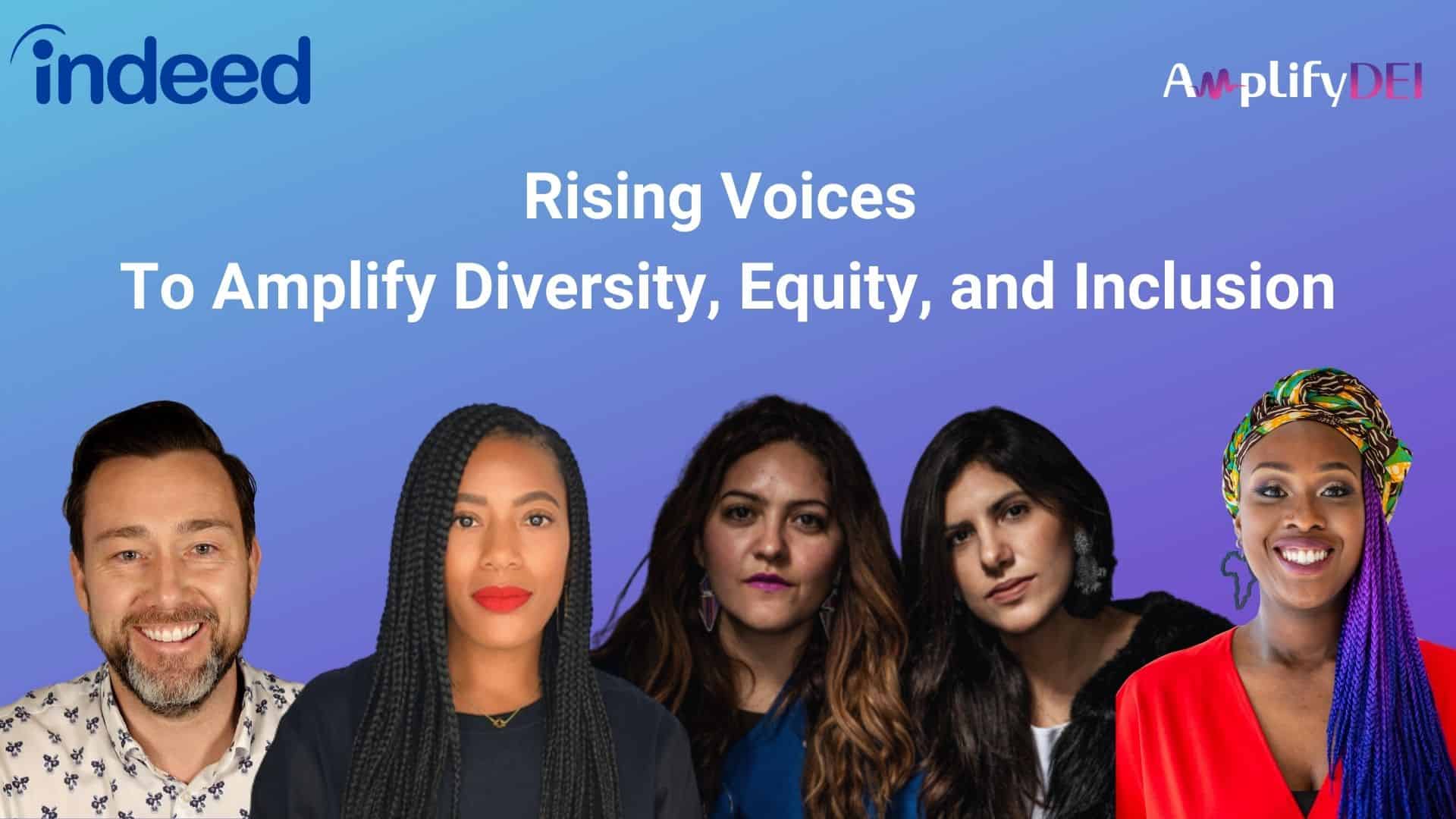 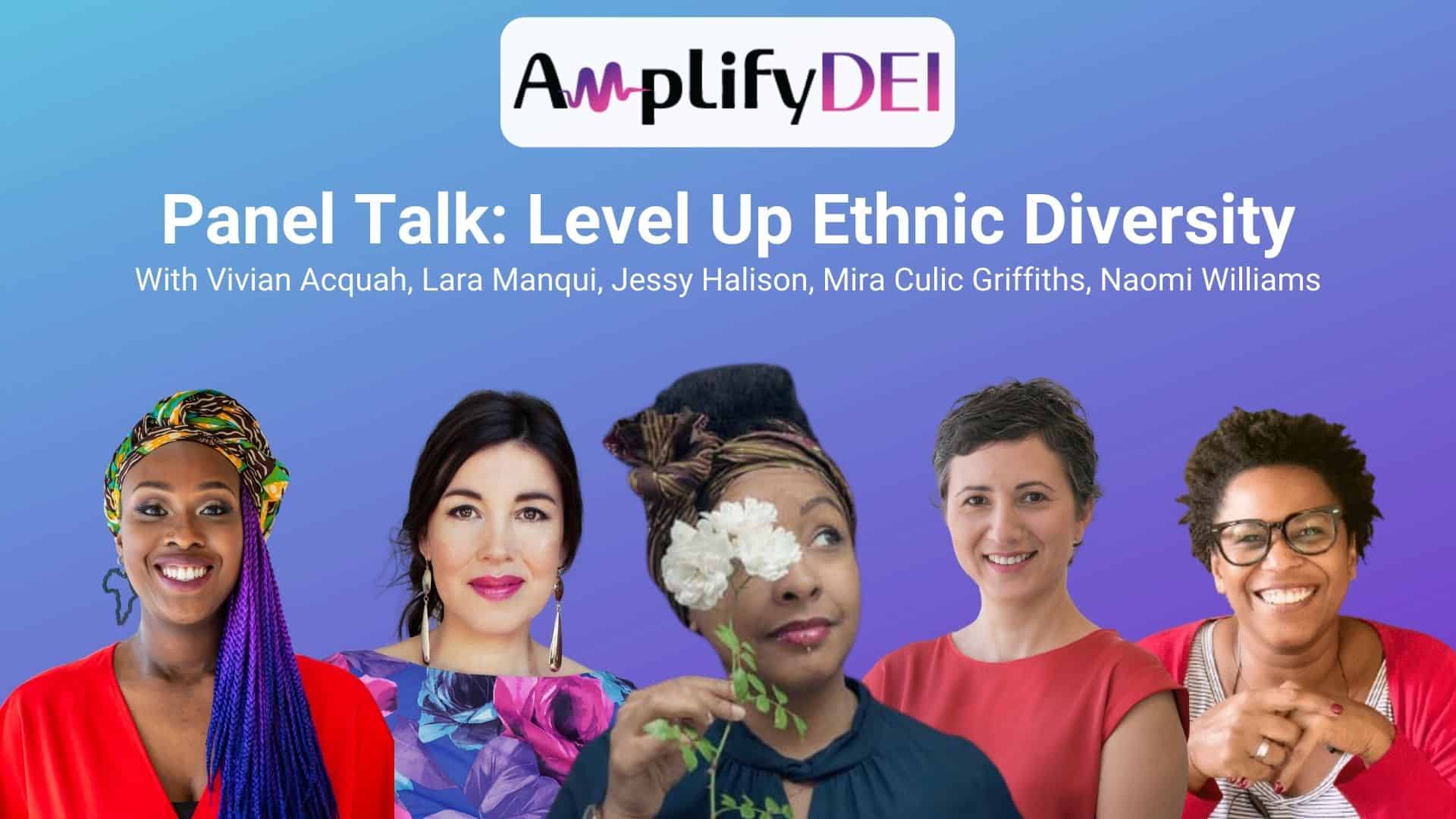 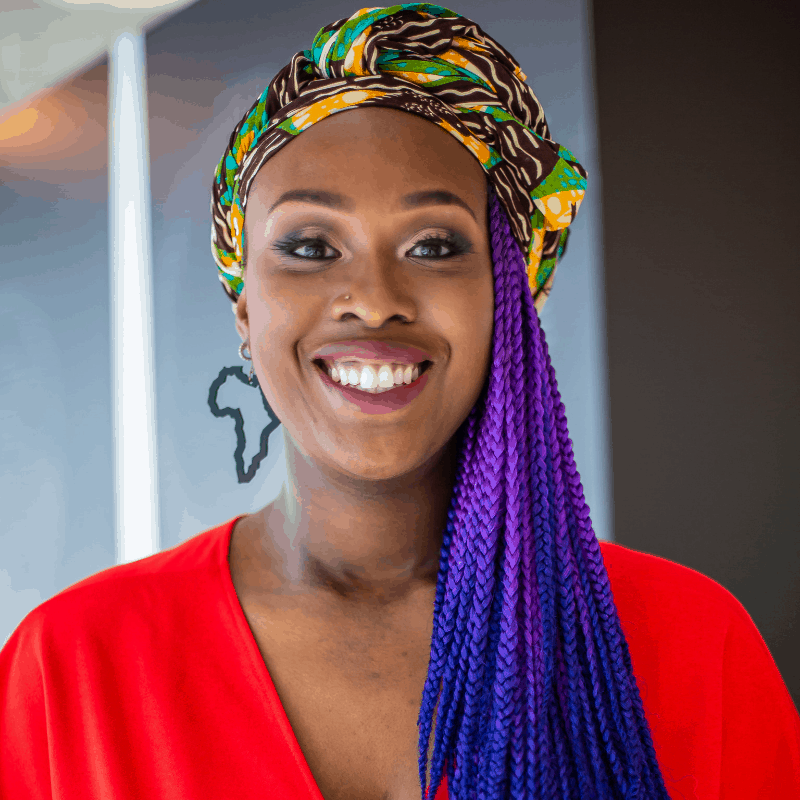 13 March 2022
By continuing to browse this site, you agree to our use of cookies.